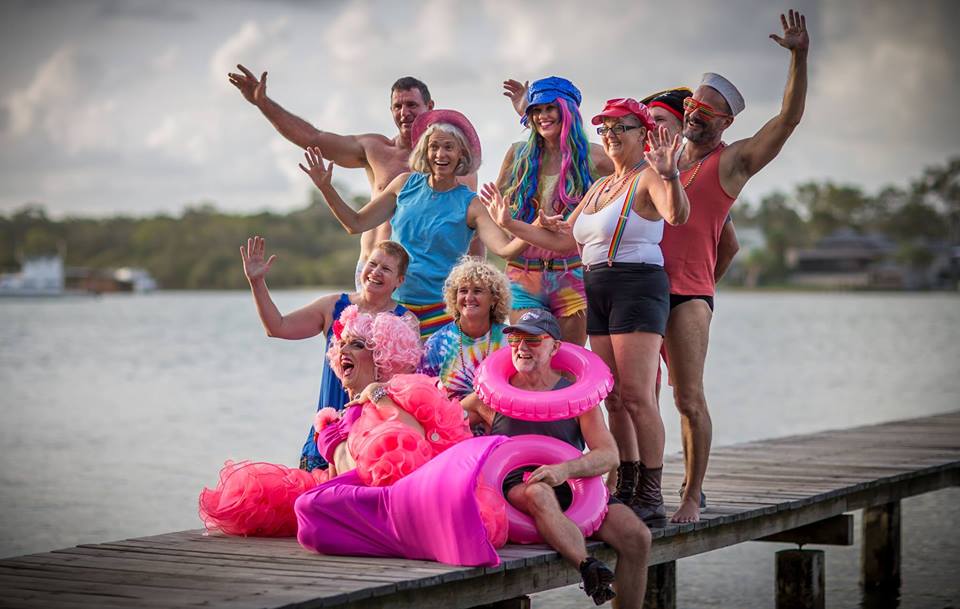 Millennials have opened up our world to different perspectives of the society that have never been thought of before. Today, we view gender identity and expression as a fundamental norm of what it is to be true to oneself. And as such idea strengthens, it is to be celebrated!

Be one and celebrate diversity at the Noosa Rainbow River Festival on Friday 17 March- Sunday 19 March 2017! A fun-filled 3-day event organised by the Lesbian, Gay, Bisexual, Transgender and Intersex (LGBTI) community, this is surely one weekend of entertainment, unity and respect.

The event will start with a free Welcome Cocktail at the Noosa Yacht and Rowing Club on 17 March 2017. Melony's Drag Bingo at Villa Noosa will have doors open at 6 pm, dinner at 6:30 pm. Balls Drop (show time) at 8 pm. Ticket prices are as follows: show only- $15, dinner and show-$45, bingo books- $5 each.

On the second day, 18 March 2017, Melony’s Rally will start from Villa Noosa, Mary St. Noosaville from 11am-1pm. Later at night, from 8pm-late will be the Rainbow River Festival Spectacular.

And on the last day of the event, Sunday 19 March 2017, a BYO riverside picnic will happen outside Malu Os, 172 Gympie Terrace, Noosaville, near the Big Pelican at 10 am-Noon. Afterwards is the River Parade which will have a turnaround at Noosa Woods. Pink Flamingos is this year’s theme of the event. A limited number of tickets for the official Rainbow Party Boat are available at $15 each. The 3-day event will end with Farewell Drinks at Red on Thomas, Thomas Street, Noosaville from 2pm-6pm.

Near the area is our Noosa Heads Apartments at Caribbean Noosa. A secluded paradise perfect for an intimate and peaceful getaway with friends and special someone for the weekend. The 1 Bedroom Water View Apartment of our Noosa Holiday Apartments is a perfect choice to snuggle and enjoy the spectacular view of the Noosa waterway. It is a fully self-contained one bedroom apartment with a mezzanine level bedroom. It features a Queen-sized bed, a flat screen digital television, reverse cycle air conditioning system, kitchenette, double sofa lounge/bed, free wireless internet access, Austar cable television, direct dial phones, and a private balcony. Isn’t such a nice deal for a comforting and warm weekend without the hassles and stress of the big city?

Not only that! Our amenities will surely take your holiday to the next level! We have a large heated swimming pool, private jetty with dining settings, BBQ gazebo with picnic tables, and a kayak and paddleboard for hire.

Treat yourself to a paradise like no other at Caribbean Noosa!

For more details and inquiries about our Accommodation in Noosa Heads, just visit us at https://www.thebookingbutton.com.au/properties/caribbeannoosadirect